Lena was running late this morning due to construction on the el. Class doesn’t start until nine A.M, but her group had recently turned a corner in their study of food deserts and had scheduled a morning meeting. She got there at eight thirty and they were able to touch base and regroup. 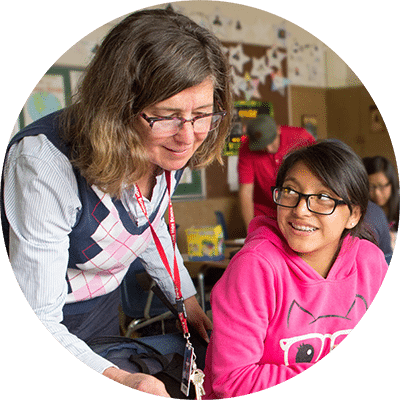 This morning, Lena had her individual advisor meeting. Every other week they talk about what she’s learning and what she plans to show at her end-of-trimester portfolio defense. During portfolio defenses, she has one hour to demonstrate the specific skills she has learned, after which her evaluation team assesses and grants her credit on her competency map. It’s a bit scary to stand in front of professionals and prove yourself, but she’s gotten a lot better at explaining her own thinking and feels that it forces her to understand herself a little better.

This morning, the two project leaders, Ms. Dewey and Mr. Erickson, led class. Yesterday had been a QuestionStorming day where Lena and her classmates generated as many questions as possible, and the two leaders built content based around it. In their study of Food Deserts, Lena saw how much damage a lack of healthy food does to physical and mental health, and many questions revolved around biological sciences. Ms. Dewey told the class she’d do a lecture on how sugar is processed into glucose for consumption into the body.

After Ms. Dewey’s lecture, the team worked on their research into the history of food deserts. Lena was especially interested by the concept of “red-lining” and its impact. Knowing they had four weeks until the final project assessment, Lena felt this topic would definitely help them explain why food deserts existed. After talking with Mr. Erikson about where to get more resources, Lena’s team decided to head to the Chicago History museum with her team later this week.

Before lunch, Lena and her classmates further discuss the pros and cons of possible sites for their annual national or international trip in the Spring.

After lunch, Lena ran to her DeepDive. This trimester, she’s taking a seminar on Test Prep strategies. It’s not as fun as her last seminar on internet sociology, but since she’s taking the SAT in the fall, she and her advisor agreed that it would be good for her. She’s glad that she doesn’t have to do test prep after school and her parents are even happier that they don’t have to pay (in time or money) for a test-prep class.

After that, Lena has an hour to work in the math course she decided to take this trimester. Each trimester, students can choose to take classes based on their interests or needs. She and her advisory thought a statistics class would be helpful so she took the course with Mr. Zinke, a Bennett Day teacher with an expertise in math. They meet every day so that he can answer questions and help her with the more complicated concepts. She was also able to use it to help her with the Food Desert project; she became the go-to person on her team for statistical analysis.

Through Lena’s many school visits around the city this year, she developed a love for street photography and is eager to learn more. She is so excited to be taking an online Digital Photography course so she can learn how to use a DSLR camera and take high-quality images for her projects. She is brainstorming how she can incorporate her visual skills into her Food Desert project and is thinking she may want to photograph the different kinds of food-related businesses in areas with high food insecurity vs those that are more food secure. 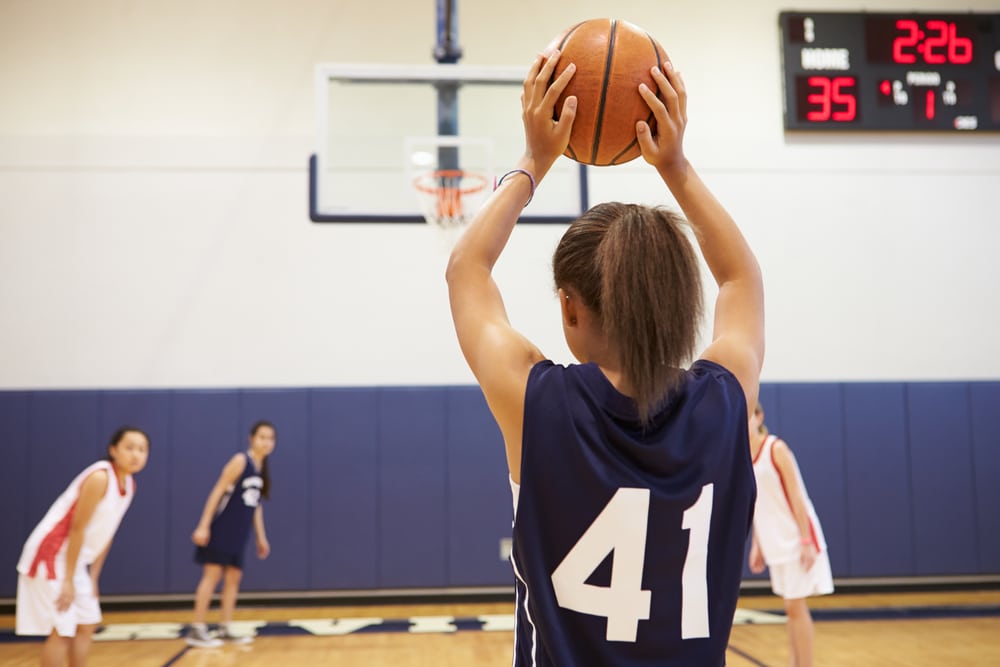 3:30pm: Basketball Practice as an Elective

Lena ended her day with basketball practice. Because health and physiology are part of the competency map that she will need to graduate, she is not only playing basketball, but working with a teacher to understand how physical movement and physiology contribute to a healthy lifestyle.

Later on, Lena planned to video chat with a couple of team members to work together on their Food Desert project–since Bennett Day doesn’t believe in assigning busywork, she could focus on only the work that is most necessary. After all, whether she goes to Brown (her current favorite school), takes a Gap Year to work on social change, or decides to stay in Chicago and work for Google (she interned in their software engineering department last trimester), she knows that she’ll always have the skills to succeed anywhere she goes after graduation. In the meantime, though, she had work to do.

Learn More About Project-Based Learning
Photos courtesy of Allison Shelley/The Verbatim Agency for American Education: Images of Teachers and Students in Action / Some photos modified from the original